Are you working hard enough?

We have all been in that position, frustrated in Lagos traffic. Everyone hustling to cut to the front, trying different lanes till they are on the one that takes them to their destination the fasted.

That’s life in a nutshell. Everyone’s struggle to get to the top.

One a Saturday morning, I was bored and frustrated in my home and decided to step out with a friend. We went to Shiro in Victoria Island to treat ourselves to something nice – after all, we’d been working our asses off the entire week. Then the topic came about, “What do you really want to do?”. It just came to me and I asked him. “I want to own my own tech company”, he said, “but I don’t have enough money to start and no connections so i can’t start”, he continued.

I began to ask myself – Isn’t that an excuse?

Today I realized it was.

This new millennial age filled with so many bright minds wanting to change the future but do not want to work from the bottom to get to the top. There’s always a reason not to start. Not enough money, Not the right time, Not enough support – Have you given yourself any of these excuses?

Let’s look at Olajumoke who was a bread hawker. A bread hawker just against all odds struggled to make sure she was working hard to contribute to her family. Unknown to her, her hard-work finally was going to be paid off. One another day of just work for Jumoke, she wandered onto ThisDay’s shoot with Tinie Tempah and everything was history from that point.

We are not going to forget Abdulahi Olatoyan, who was described as the dapper windscreen cleaner. This is a man that knew what he wanted and was going to work all angles to get to his end goal. He dropped out of university because he could not afford it after the demise of his father. He started cleaning windscreens on the street with the hopes of saving enough money to start his own business and return back to finish his degree.

With so much determination, he continued and here we are today talking about him. He got a job offer to be a stylist at the menswear brand. He didn’t go searching, the opportunity came looking for him because his hard work paid off. 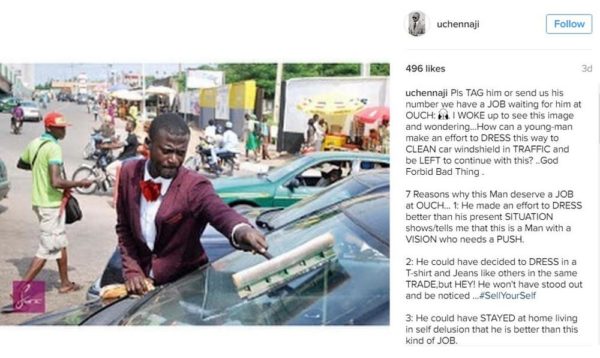 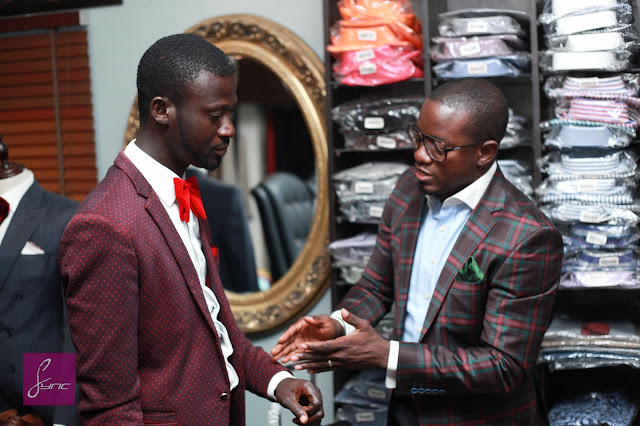 So now my question is – Do you really have an excuse?

If you’re looking for the lost key in your life, find it in purpose.

Facebook Twitter Pinterest linkedin Telegram
Maybe it's time to think outside the box and take a meditative trance on life's attitude towards you; the falls, the faults, ...

END_OF_DOCUMENT_TOKEN_TO_BE_REPLACED

DEALING WITH BEING WRONG

Facebook Twitter Pinterest linkedin Telegram
"No one is perfect." That used to be the excuse I made for myself and said to anyone who cared to listen to me rant about ...

END_OF_DOCUMENT_TOKEN_TO_BE_REPLACED

Get Your Life Back On Track

END_OF_DOCUMENT_TOKEN_TO_BE_REPLACED

THE DANGER OF A SINGLE STORY

Facebook Twitter Pinterest linkedin Telegram
My story is about a woman I met on February 23rd 2015.She weighed about 40 something Kgs,you could literally count her ribs, she lo...

END_OF_DOCUMENT_TOKEN_TO_BE_REPLACED

My Life Lessons By Betty Irabor

Facebook Twitter Pinterest linkedin Telegram
"If you really want to do something, you will find a way. If you don't, you will find an excuse" - Jim Rohn That statement emb...

END_OF_DOCUMENT_TOKEN_TO_BE_REPLACED

How To Get Over A Break Up

Facebook Twitter Pinterest linkedin Telegram
Getting Over A Break Up Breaking up with your partner straight up sucks even if you didn't have the best relationship. There's no ...