As the creator of Art X Lagos, West Africa’s first international art fair, Tokini Peterside has already cemented herself as a worthy voice in African Art curation. Starting her career in Marketing after gaining a first class Law
degree from London School of Economics, and an MBA in Business Administration from INSEAD, became the Head of Marketing at Moët Hennessy in Nigeria. She founded TP￾Collective in 2012, providing strategy, business planning and marketing consulting to luxury and culture businesses in Nigeria. Since its debut in 2016, ART X Lagos has attracted over 15,000 local and international visitors to see the works of 120 artists drawn from 15 countries across Africa and the Diaspora. In 2018, after 40 years, the masterpiece
‘Tutu’ by Ben Enwonwu returned to Nigeria for viewing at the third edition of ART X Lagos.

As part of the ART X Lagos weekend is ART X Live, which brings some of the most exciting emergin artists together for a live music and visual art showcase, for one night only. merging the worlds of performance and multimedia art in a way that Nigeria hasn’t quite seen before. 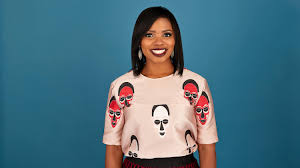 Tokini recently made her first appearance in the New York Times in a feature called “Lagos, City of Hustle, Builds an Art ‘Ecosystem’”

In an interview with Guardian Nigeria,  she answered some questions on her craft and background.

How was the idea of Art X conceived?
I would say that for the last five years, I have dedicated my career to working in the culture sector. I have worked in fashion, film, music and the art. I have also been collecting art for about 10 years. There was a kick-off point for Art X Lagos, when I visited Venice Biennale, the world’s largest and biggest art exhibition in 2015. Okwui Enwezor Will was the first black African to be invited to curate such a huge project. His exhibition that year involved so many Nigerian and African artists and it was a truly dynamic and inclusive Biennale. That experience, for me, resonated in a number of ways. It was very exciting to see African artists positioned on the world biggest stage in such an even way. It also stressed for me that at home we needed to develop more platforms that could similarly bring the world to see what we have going on and see the potential of the art sector in Nigeria.

“The African continent has a phenomenal treasure trove of creative and cultural assets. My dream was that ultimately these musicians, fashion designers, artists and film makers would go out into the world and show that there is so much more to our continent than originally meets the eye.”

The entrepreneur outlines her aims for the future:

“My personal goal is to grow Art X Lagos to a point where it is a truly pan African platform. We want to work with artists, galleries and the art world across the spectrum in a variety of ways. My dream is to build a brand that becomes synonymous with African excellence – watch this space.”

Peterside explains to the programme how her love for art began at a young age: