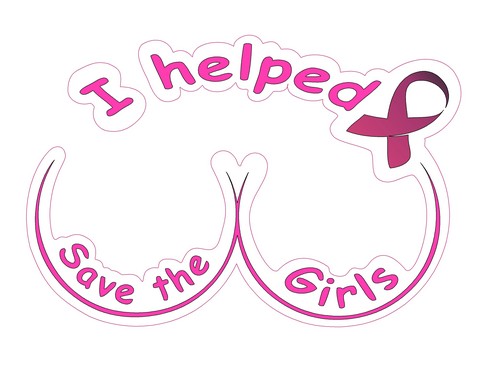 I can proudly say I’ve been screened, yay!

This wasn’t my first attempt at getting screened but I never kept the appointment until today. It was at a center that does the testing for free on the first Thursdays of the month, I booked my appointment earlier in the week, I arrived at 11 am, the place was packed but the cue was moving, I had to fill a form indicating the tests I wanted done. While waiting my turn, I occupied myself with the reading materials provided on the table and not too long it was my turn.

I was so nervous heading into the screening room and was even more nervous when I was asked to strip down naked for a breast examination and subsequent cervices exam. I shakily climbed on the examination bed and so the exam began. The nurse examined my girls and moved on to the smear test, the test involves the nurse inserting an instrument called a speculum, which can be either plastic or metal into the hoo-ha to hold it open but the one they used on me was plastic and then using a brush to collect a sample of cells. I was asked by the nurse to relax but that was a bit difficult to do with me being very nervous and probably tense, this meant the nurse had trouble inserting the speculum and after a few trials I finally relaxed and the deed was done painlessly. It was uncomfortable having a strange instrument inside you but believe me it is totally painless, zero pain. I had no bleeding after; I read somewhere that some bleeding is perfectly normal after a smear test, that wasn’t my experience though. The nurse later filled in my results in the form I had filled earlier and I proceeded out of the room. That was that, and yes I tested negative to th screen, thank God and my girls examination was normal too.

A smear test is not an unpleasant experience, it’s a bit uncomfortable but the 5 minutes discomfort is totally worth it and it helps prevent that awful fight with Cancer. My advice is to wear a skirt. I had to strip down because of the breast exam but if you wear trousers or jeans you will need to remove them and your underwear and this will leave you naked from the waste down. If you wear a skirt you just slip off your underwear but you’re still covered until you lie on the bed when you’ll then need to pull your skirt up, so you’ll feel less exposed. Also try to relax as much as possible, because being tense makes the test more difficult to carry out. Taking slow, deep breaths will help.

Facebook Twitter Pinterest linkedin Telegram
October is the world wide month for Breast Cancer Awareness. Every year trying to increase awareness and hoping for a cure to be fo...

END_OF_DOCUMENT_TOKEN_TO_BE_REPLACED

If only she had known: Memoirs of our Pink Patients