This article could be about a woman assaulted and asked immediately what she was wearing at the time to blame her for the actions of her attacker. It could also be about the girl married off at the age of ten, now living destitute because the obstetric fistula she developed from her early childbirth is viewed as a curse by her husband who then kicks her out of the familial home. Or it could be about the woman who is consistently offered less money for the same job as her male counterparts because ‘after all, she is not the breadwinner in the family’.

Reading this, you likely fall into two categories; an individual tired of all this feminist nonsense or a feminist tired by the fact that these issues are still far from being solved. Without a doubt, many of the issues being campaigned for and against by feminists in Nigeria are shocking given that it is 2017. The problem is that there is still an undertone of disgust when the word feminist comes up in public spaces. 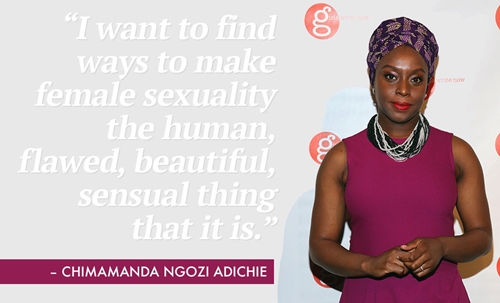 For many, feminists are simply readers of Chimamanda Adichie novels who have imbibed foreign cultures of promiscuity and want to infect our sacred Nigerian culture. However, this perspective becomes ridiculous when issues like child marriage, education and health care are brought up because these are the kind of issues feminist movements are about. The narrow views on what feminism is continues to derail the efforts of many to inspire progression – the irony of course being that many of the issues being championed by feminist groups will benefit citizens across both genders.

Problematically, there is the continued belief that feminism is for women only so that men who subscribe to this title are deemed emasculated. Alternatively, feminists are described as men hating spinsters to derail others from adopting the moniker in their social justice endeavours.

Recently, there was a spike in the number of people committing suicide which sparked a discussion on mental health. It was refreshing to turn on the radio and listen to both men and woman openly speak about issues with their mental health. The introduction of avenues like safe spaces and publicising of conversations about post-natal depression despite resistance by feminist groups paved way for these conversations on public platforms. Listening to men speak about their battles with depression freely on Nigerian airwaves showed the progress that feminists had made because any true feminist understands that this is a movement looking to ensure equality of the sexes. This means a breaking down of certain gender constructs that prevent people from being able to live authentically. Ironically, the governmental response to the rise in suicides was to consider the imprisonment of people caught attempting to take their lives. This callous response to an issue that requires medical support, showed how far feminists still must go in Nigeria.

It showed that our government is lacking enough feminist voices to combat the continued illiterate responses to issues affecting the populace. This illiteracy can be linked to the lacking education system that is sustaining belief that obstetric fistulae are curses rather than complications from child birth in girls
too young to be mothers. It can also be linked to the continued lack of funding to public healthcare services that could help these girls get the simple surgery needed in treating these complications. The overhauling of both education and healthcare systems coincidentally would benefit the nation because studies continue to show that education is a key tool in tackling poverty – a prominent Nigerian problem. A problem which is driving girls as young as ten into the rapidly growing sex work industry in the country. Feminism seeks a system of empowerment where everyone has a chance at emotional, social and financial equality. Essentially, feminism is asking for equal rights in deciding when and whom to be married, education for all to enter a job market that does not discriminate based on gender, health care provisions that stop the demonising of feminine ailments and the freedom across all genders to deal healthily with emotional trauma. This is a small list amongst many of the issues feminists raise but these are core issues Nigeria still needs to address.

Most of the feminists within our country are fighting from outside the system – meaning that people are making change from non-governmental positions. Whilst this is the path advocated for when faced with a power structure as patriarchal as Nigeria, it is clear daily that we need to infiltrate governmental structures with more feminist voices to inspire radical change in a nation that has a great deal of potential than it is currently living up to.