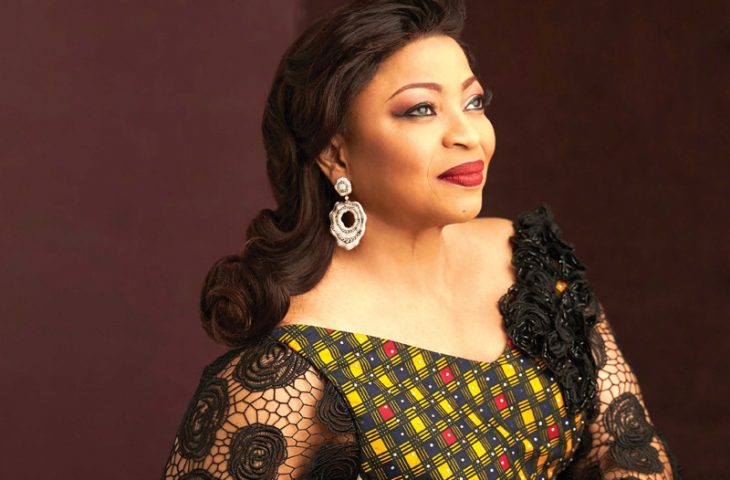 Folorunsho Alakija – who is well known as the richest woman in Africa, is a fashion-designer and Executive Director at FAMFA Oil (an indigenous Nigerian oil and gas exploration and production company).

She was born on July 15, 1951 in Ikorodu, Lagos State into a large family (her dad, Chief L. A. Ogbara, had 8 wives and 52 children in his lifetime. She was the second surviving child, her mom was the first wife). She and her younger sister were sent to school abroad when she was 7 years old. They went to a private school for girls in Northern Wales, and they were the only black girls in the school.

They were in the school for 4 years, and at age 11 she and her sister moved back to Nigeria because their parents didn’t want them to lose their African values, culture and tradition.

In 1976, Folorunsho Alakija got married to her loving husband. The couple have 4 kids, all boys.

Folorunsho’s mom used to be a fabric merchant and she used to help out. After leaving the corporate world in 1984, she went to the UK to study fashion designing.

A year after her training, she came back to Nigeria and started her fashion house – Supreme Stitches at a 3-Bedroom apartment in Surulere, Lagos. A year after establishing the company, she emerged as the best designer in the country in 1986.

On Folorunsho’s involvement in the oil and gas industry, it is known that through a friend whom she met while was still actively involved in the world of fashion, they got involved in the business of oil. There was an oil bloc no one wanted at that time for several reasons, it was this same oil bloc they got allocated.

They were approached in late 1996 by the then oil giant Texaco who were sure the bloc had potentials as they had done their homework well. After negotiations that spanned 3 months they agreed on terms and the rest like they say is history.